In response to The Daily Post photo challenge “Half-light“

I hate to be inside during evenings, particularly in between 5-7 pm. My office gets over at 5. Either I stay late and take up extra work or go out with friends. This particular day I had to return early. So I thought to take a stroll on the terrace and that’s when I captured the evening sun in a different view.

“If she were mine, she wouldn’t be seeing this day”, said Akhil.

He sat beside the hospital bed holding Shaila’s hand, tears welling up in his eyes.

Anant was standing by the window, head hung in disappointment.

“I would have kept her like a princess all my life.” he continued “I was ready to take the commitment. But it was my ill fate that she chose you over me. How could you let this happen to her?”

“I was scared of the commitment”, said Anant in a feeble voice. “It was all of a sudden and I never thought that she would take such a step.”

Shaila was a quirky and bubbly girl. She and Anant were in love during their college days. But after college, they moved to different cities for their jobs. They grew apart and eventually broke up. Then she met Akhil. He was everything she had ever hoped for. They dated for a year.

Then one day, Akhil proposed. She looked puzzled and asked him if he was sure. Akhil knew everything about Anant and that she misses him sometimes. He smiled and said he couldn’t be surer about anything else. Shaila said yes. They got engaged.

Everything was going good but somewhere, her heart still yearned for Anant. She thought it was unfair to Akhil. After all he is such a great guy and he accepted her after everything. She decided she will confess.

Scared, she told Akhil everything that was in her mind. He was heart-broken. He mustered up courage and asked her if she wants to go back to him. She said she wants to give it a try. Akhil broke down and sobbed furiously. She hugged him for one last time and handed over the ring to him.

But Anant turned out to be a wretch. He plainly said no saying he doesn’t want to see her ever again. Unable to take the rejection, she locked herself in her room and slit her wrists. Her friends found her when a lot of blood had been lost.

“I can’t see her like this”, said Akhil. And he went out of the room.

After sometime, the doctor informed her family that she is out of danger and back to her senses. He said she wants to speak to Akhil and Anant. Both of them went inside the room. Seeing her, Akhil got emotional. He sat beside her.

Shaila held his hands and smiled at him. She looked at Anant and said,”It was the biggest mistake of my life that I even thought of going back to you. Well, it wasn’t your mistake wholly. I should have asked first but you could have been a little nicer. I guess you have better things to do. Please leave.” As Anant was turning towards the door, she called out to him,” And never.. ever.. show me your face again.” With a terrible look on his face, Anant left.

She slowly turned her face towards Akhil and said,”You know people sometimes do stupid things. And you know what should other people do with them?”

“Forgive them.”, she said with a smile. “I am really sorry I put you through this. Can I have my ring back please?”

With a crooked look, Akhil said,”Huh, do i have a choice?”

“But it’s your dream job,” said my grandma “Don’t miss the interview. I will manage”

“No, I won’t leave his side until he is well and moving”, said my grandpa on seeing his son down with fever.

“Brother please come to see father or at least send some money”, said my aunt “We need to admit him.”

“Can’t you keep him on painkillers for just two months? My daughter’s board exams are approaching. I will be there after that.”

“But her exams are in 21 days. And you are in the same city. He needs an immediate surgery or the doctors say he won’t be able to walk ever again.”

My uncle said, “Try to understand, I don’t want any sort of disturbance for her. I am sure you all will manage.”

In response to the Daily Post’s weekly photo challenge: “Trio”

In response to The Daily Post’s weekly photo challenge: “Ornate.” 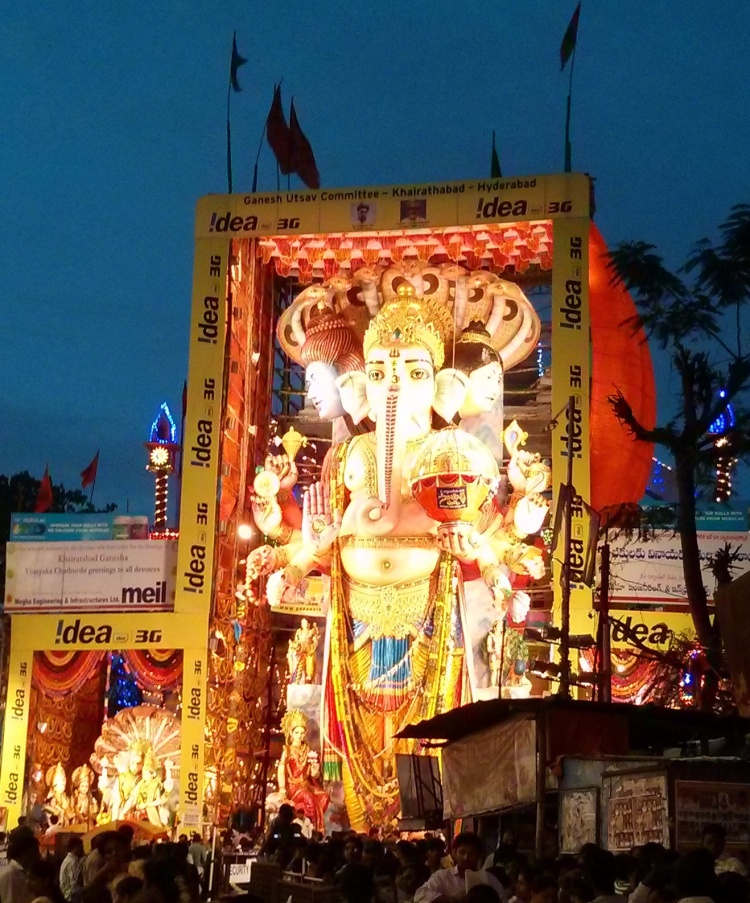 This is a whopping 59 feet idol of Lord Ganesha, which is constructed every year during Ganesh Chaturthi in Hyderabad, India. It is famously called as Khairatabad Ganesh. And the sweet or laddoo that is placed on his hand is of nearly 2700 kg weight. The weight keeps increasing every year and this year in 2015 it was the heaviest i.e., 6000 kg.

It is a 11 day festival and this is when the idol is taken for immersion on the 11th day.

In response to The Daily Post’s weekly photo challenge: “Treat.”

A very dear friend of mine took me out on a lunch treat to one of those customized restaurants. This was the very first time I went to such a restaurant. The whole thing was pre-planned and it was a surprise for me. 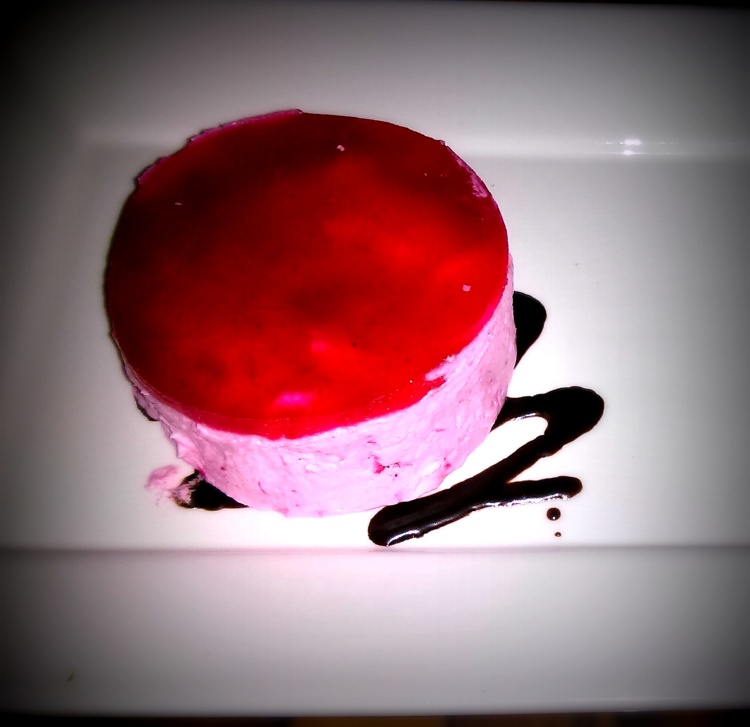 In response to The Daily Post’s weekly photo challenge: “Careful.”

In response to The Daily Post’s weekly photo challenge: “(Extra)ordinary.” 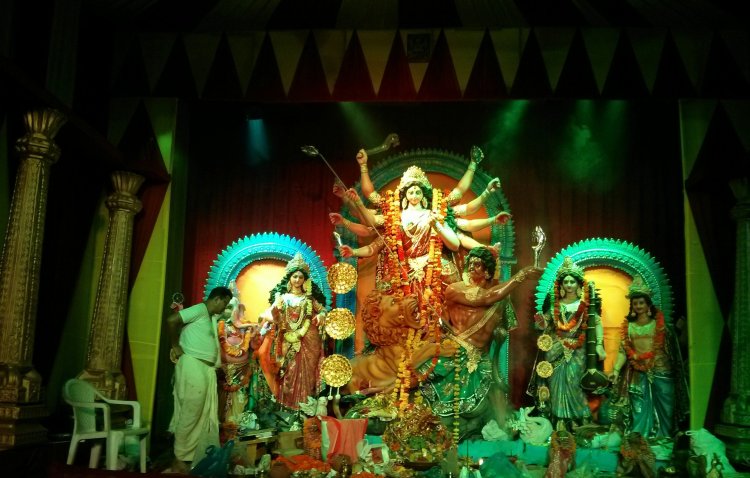 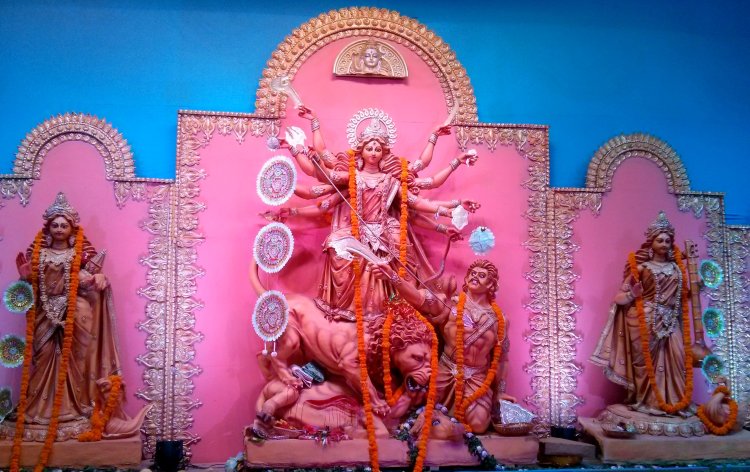 It took me a lot of time to climb up on to this particular piece of rock. I have a fear of height. But once dusk sets in and the cool breeze starts to hit my face gently, I forget all my fear (Of course, until it’s time to get back down) and worries.

This picture was taken at Mount Abu, Rajasthan.