This is a typical village in the state of Odisha, India.

When I was a kid, I used to spend summer vacations at my village. I love this place. Me and my sister carried small vessels on our waist and brought water from this very tube-well. In earlier days, there were no water filters. Ground water was used for bathing and drinking.

There was no gas cylinder or cooking stoves. Food was cooked using wood and on these make-shift clay stoves called chulhaa. And trust me on this, the food used to have an unique and amazing taste with a little smoky flavor.

Recently, I came across a documentary film; Born into Brothels. I was so moved by this film that I read a lot on it and finally, I am writing this review.

The film revolves round the life of the children of the sex workers in Asia’s largest red-light area, Sonagachi which is in Kolkata, West Bengal. Zana Briski, a British photojournalist, taught the art of photography to a group of children belonging to the prostitutes of Sonagachi and co-directed the documentary with Ross Kauffman.

The documentary shows how the profession affects the lives of the people, mostly children living there. Some manage to escape and mend their lives, some are stuck due to familial pressure and some chose to follow their mothers’ footsteps. The one room homes and the things piled up in there show their poverty. Some children are aware of their mothers’ profession, some aren’t. Children sit outside the rooms when their mothers are working. Young girls are waiting to join the line. Fear grips their faces when they talk about joining prostitution. Young boys, who are least interested in attending school, might one day end up alcoholic or selling drugs. Their fathers don’t care.

Amidst women in skimpy clothes luring customers, spewing invectives at each other, these children find solace in each others’ friendship. They fly kites, sing Hindi songs, play on roads, and share their grief with each other. Briski, who basically went to photograph the women of Sonagachi, handed each of these children, a camera and let them click pictures depicting their lives. Now, they had something fun to do apart from their daily chores. She organized an exhibition of the photographs clicked by these children where they were the guests of honour.

Briski faced a lot of hardships to enrol these children in boarding schools so they don’t have to return to their fates every day. She managed to convince the parents of a few children, mostly girls, and sent them to schools. Some are still studying, some were pulled out of schools by family, and some, quit themselves. Some got married, some entered prostitution and some were never allowed to go. Amongst them, Avijit Halder, a talented photographer and a bold, egoistic boy, was invited as a child jury at the World Press Photo Foundation in Amsterdam. I am mentioning this guy especially because he fought his way through the shackles of his fate and made it to the top. He is currently studying films at the New York University. Another girl is also studying in the US and doing well.

The documentary won the Academy Award for Best Documentary Feature in 2005, where Briski let all the children have the honour of receiving the award. A girl, from Briski’s group, whose mother wanted a normal life for her daughter, entered prostitution when she was barely in her teens. She holds on rent one of the most expensive buildings in the area and supports her mother now. She is adamant about staying in the sex-trade and says that this has really paid off for her.

‘Sonagachi’ isn’t just a name or place anymore. It has become a power. Sonagachi governs the lives and decisions of its people and their children, who are waiting for their turn. The power has only gotten bigger with time. I am nobody to judge the profession but a place where smuggling, human trafficking is very common, and lusty eyes staring at you all the time, making a film out of it! Hats off Briski!

“Can I help you with that?”, came a voice from the next seat. She looked to her side and there he was! A handsome man. She smiled on the inside and said,”Sure”. She looked back to her puzzle and wondered,”Really! A good looking man beside me!? When did God become so grateful towards me”. They finished the puzzle together and then they got to talking.

He was a Merchant Navy officer posted in Chennai. Both of them were going to the same place but on different flights. During all these talks, she realized she had a crush on this guy. She kept smiling all the time. She hadn’t felt this way since a long time.

One hour had passed and there was an announcement for boarding. She had to go. He pleaded her to take a flight with him. She stood up to leave. He held her hands and said,”Just stay.” She said,”I can’t. I have to go.”

“At least give me your number”.

She looked at him for a while and gave her old number which she knew she won’t be using. He still didn’t let go of her hand. It was the final boarding announcement for her. An attendant came and requested him to let go of her.

She boarded the plane. She took her seat and her phone rang. “Hey babe, did you board?” “Yea I did”, said she “See you soon. Love you.” She disconnected the call and looked at herself on the phone and cringed. “It happens once in a blue moon that a handsome guy sits near me and that’s the only time I have to look so messy”, she sighed “Eh, whatever!”

She put on her seat belt and looked outside. The plane took off and she looked at the clouds and smiled and felt good. It wasn’t necessary to act on her emotions. It was the feeling of being desired that counted.

In response to The Daily Post Discover Challenge: CHANCE ENCOUNTER 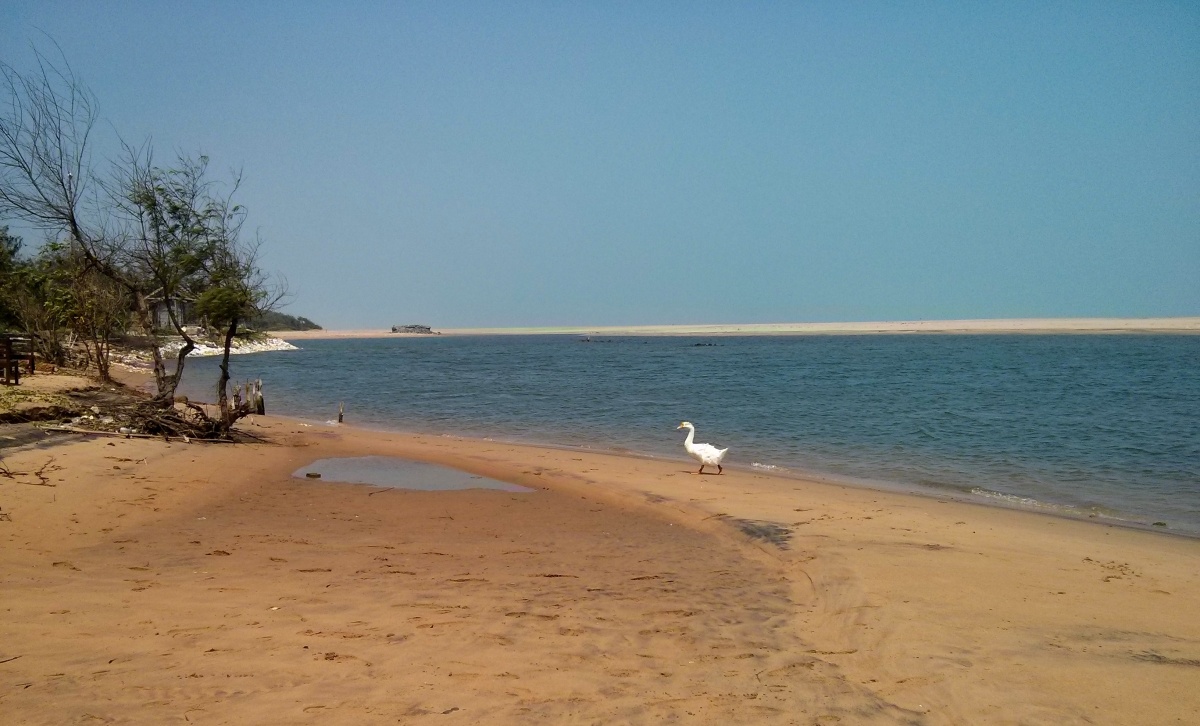 In response to the Daily Post Photo Challenge Earth 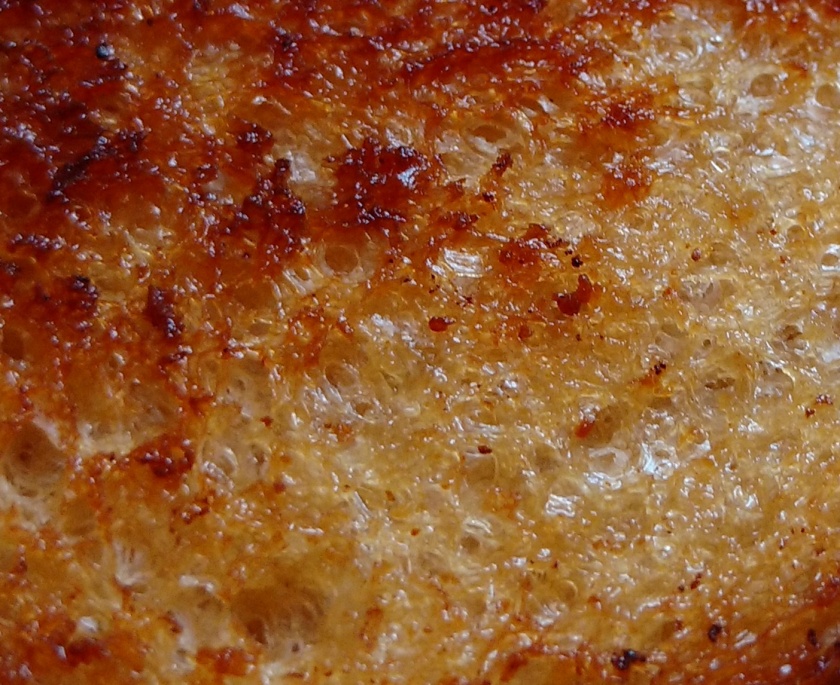 So, I was just having breakfast one morning when I looked at my gorgeous looking, shiny, buttery and perfectly crispy cheese sandwich and I thought why not capture the intricate details of the beauty for this week’s challenge..

As soon as I saw this prompt, the first thought I had is of Hillary Swank singing this song in the movie “P. S. I love you” and the video.

Here’s a paragraph from the song:

Whenever I am lazy to cook a proper meal… 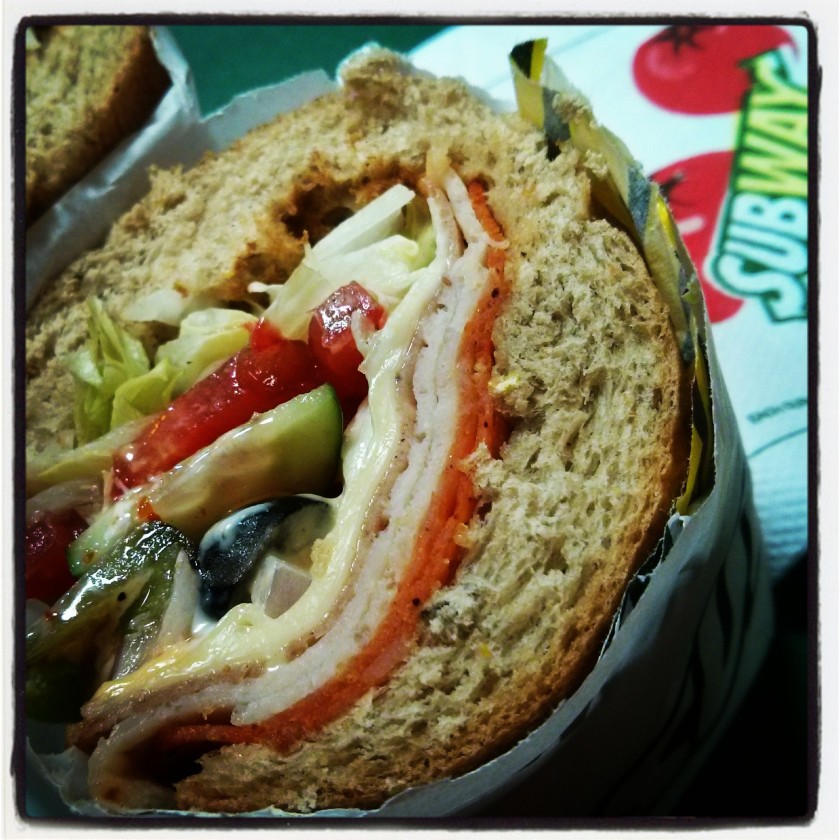 ….I grab a subway sandwich.

Or I prepare my favorite….

In response to The Daily Post Photo Challenge “Dinnertime“

JUST ANOTHER SOUL
Create a free website or blog at WordPress.com.